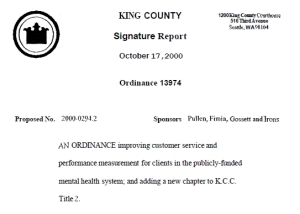 A Wall Street Journal article (New Weapons in the War on Schizophrenia, August 25, 1999) noted that the economic cost to the United States of just one mental illness, schizophrenia, is thirty to sixty-five billion dollars per year, with two million five hundred thousand persons afflicted.  According to the National Institute of Mental Health, depression cost thirty million four hundred thousand dollars in 1990 and currently affects another nineteen million Americans.

According to a New York Times article (Prisons Brim With Mentally Ill, Study Finds, July 12, 1999), jails and prisons have become the nation’s new mental hospital.  This is supported by the fact that the number of jail and prison beds has quadrupled in the last twenty-five years, with one million eight hundred thousand Americans behind bars.

The Times article reporting on a United States Justice Department study goes on to say that mentally ill inmates tend to follow a revolving door from homelessness to incarceration and then back to the streets with little treatment, many of them arrested for crimes that grow out of their illness.

According to Kay Redifield Jamison, professor of psychiatry at Johns Hopkins School of Medicine, “(t)here is something fundamentally broken in a system that covers both hospitals and jails.”

Again, according to the New York Times, with the “wholesale closings of public mental hospitals in the 1960’s, and the prison boom of the last two decades, jails are often the only institutions open 24 hours a day and required to take the emotionally disturbed.”

Until recently, some severe mental disorders were generally considered to be marked by lifelong deterioration.  Negative conceptions of severe mental illness that were perpetuated in part throughout professional literature dampened expectations of consumers and families leaving them without hope.  However, recent research provides a scientific basis for a more optimistic view of the possibility of recovery.

Promoting recovery has become the rallying point for the consumer and family movement (1999 Mental Health Report from the Surgeon General).  Throughout 1999 the public debate about mental health issues raised expectations about the recovery model as mentioned by providers, clients, advocates and citizens.

The county’s present mental health system operates primarily as a safety net for its clients.  While that is an improvement over the system that existed thirty years ago, the safety net all too often tends to keep clients in a state of dependency with minimal expectations that the clients will get well.

As the mental health system implements the integration of the inpatient and outpatient system in 2001, recovery is expected to be a key theme in individual treatment planning.  Successful caregivers recognize that a client will get well more easily or lead a more productive life when there is a high expectation that as a result of treatment, the quality of life of the client will improve.  Specifically, the division should contract with caregivers to develop an atmosphere of treatment in which the interaction between the caregiver and the client focuses on the importance of a progression toward recovery and wellness.

BE IT ORDAINED BY THE COUNCIL OF KING COUNTY:

SECTION 1.  Purpose.  The purpose of this ordinance is to establish a policy framework in which the county’s mental health system shall seek to improve services to clients by transitioning them to become well or less dependent on the publicly funded mental health system.

SECTION 2.  Definitions.  The definitions in this section apply throughout this ordinance unless the context clearly requires otherwise.

A.  “Dependence” and “dependent” mean the client experiences significant disability, is not employable, and is served by the publicly funded mental health system and other programs.  A dependent client may be characterized as having a Global Assessment of Functioning (GAF) Scale score of 50 or below.

C.  “Well” and “wellness” mean the client is free of disability, employable, connected with friends and family, and has a generally positive outlook on life.  If the client is taking medications or nutritional supplements, then the client is also free of adverse side effects.  If the client is in the age range of twenty-one to fifty-nine years, then the client is engaged in volunteer work, pursuing educational or vocational degrees,  employed full or part time, or contributing to family support.  A client in that same age range lives independently or has chosen other living arrangements to facilitate the client’s activities with respect to volunteerism, education, work or family.  An adult client who is well has been discharged from the county’s publicly funded mental health system and is not receiving publicly funded mental treatment, except for occasional recommended periodic checkups.  A client who is well may be characterized as having a GAF score of 81 or above.

D.  “Recovery” is a process, a way of life, an attitude, and a way of approaching the day’s challenges.  It is the hope and expectation that a meaningful life is possible despite mental illness.  Recovery emphasizes the restoration of self-esteem and on attaining meaningful roles in society.  Recovery is about reclaiming the roles of a healthy person, rather than living the life of a sick person.

SECTION 3.  Goal of the mental health system.  The primary goal of the county’s mental health system is to assist individuals achieve and maintain the highest level of functioning and make them well.  The secondary goal is to ensure that persons with severe mental illness have access to quality care that is comprehensive and culturally competent.

SECTION 4.  Improved customer service through better expectations.  The division shall contract with caregivers to develop individual treatment plans that engender realistic expectations.  Within six months of the effective date of this ordinance, the division shall submit a written report to the county council outlining steps taken to develop an atmosphere of treatment in which the expectation is that clients identify personal goals with a focus on the importance of a progression toward recovery and wellness.

A.  The mental health division or its successor agency shall annually evaluate all mental health clients to determine each client’s status and shall review the following outcome measures: 1. employment; 2. level of functioning; and 3. housing information.

B.  The mental health division or its successor agency shall provide an annual report to the council.  The first report must be submitted by April 30, 2002 and shall describe the performance of the mental health system during the previous calendar year, January 1-December 31, 2001.  Since the mental health system will implement a new recovery-based treatment model on or about January 1, 2001, the first report shall be a transition report.  The mental health division report must indicate achievements related to the outcome measures referenced in this section.  The report must describe clients who have received at least one year of mental health services.  Additionally, the report shall indicate the number of clients who have progressed from dependence to less dependence, have regressed from less dependence to dependence, have remained unchanged, have left the system because they were made well, and have left the system because of some other reason, such as moving to another jurisdiction, switching to another system, or death.

C.  The annual report must list by diagnostic category the percentage of clients served in the county’s mental health system who have improved their quality of life according to the outcome measures.  At a minimum, schizophrenia and depression, including major depressive, bipolar and dysthymic disorders, must be included in the diagnostic breakdown. 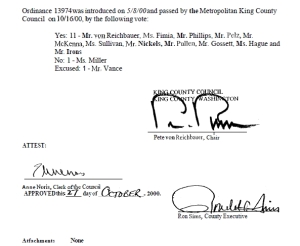